When someone you love passes away due to the fault of another, you may have a claim against the at-fault party. These types of cases are generally called “wrongful death cases” because they concern a death that would not have happened but for the wrongful conduct of another.

A wrongful death claim can be based on many theories of liability, including motor vehicle accidents, negligence, products liability, and medical malpractice. No matter the underlying theory, the claim must be brought by the proper party, typically called a “wrongful death beneficiary.”

WHO IS A WRONGFUL DEATH BENEFICIARY

One of the first considerations in a wrongful death case is who can actually file a case and seek damages for the death of a loved one, typically referred to in the law as the “decedent.” In California, the list of wrongful death beneficiaries is provided in § 377.60 of the California Code of Civil Procedure.

This list, however, is not all-inclusive and does not identify every possible wrongful death beneficiary, as sometimes it depends on whether you would be an heir-at-law under California’s Probate Code. For this reason, if someone you love has died and you think you may have a claim, you should always consult an experienced attorney to determine if you are entitled to file a claim based on your relationship with the decedent.

WHO IS A WRONGFUL DEATH BENEFICIARY (cont.)

This usually requires the potential wrongful death beneficiary to establish that he or she was dependent, to some extent, upon the decedent for the necessities of life. A potential wrongful death beneficiary can usually establish this dependence by demonstrating that he or she was dependent on the decedent for assistance with things one cannot and should not have to do without, such as shelter, clothing, food, or medical treatment.[1]

California law does not recognize a common law marriage. Instead, only someone to whom the decedent was legally married or in a registered domestic partnership at the time of his or her death, or someone who believed that there was a valid marriage when there was not, is permitted to file a lawsuit seeking wrongful death damages. If, however, you can establish that you and the decedent had a common law marriage based on the laws of another state or country, California law would likely recognize such marriage and also recognize you as the decedent’s wrongful death beneficiary.

A Minor Residing with Decedent

Under California law, if a minor resided with the decedent for 180 days prior to decedent’s death and was dependent on decedent for at least one-half of his or her financial support, then the minor may qualify as a wrongful death beneficiary.

HOW DAMAGES ARE DIVIDED AMONG WRONGFUL DEATH BENEFICIARIES

DAMAGES THAT MAY BE AWARDED TO WRONGFUL DEATH BENEFICIARIES

If a defendant is held responsible for the decedent’s death, the wrongful death beneficiaries are entitled to recover damages from the defendant. These damages are generally broken down into economic damages and non-economic damages.

TIME LIMITS TO PURSUE A WRONGFUL DEATH OR SURVIVOR ACTION

In general, under California law a wrongful death beneficiary or successor-in-interest will have two (2) years from the date of the decedent’s death to file a case in court. There are, however, situations in which the time limit could be as short as six (6) months, such as when the claim is against a state or local governmental entity. Also, if the wrongful death claim is based on medical malpractice, the time period is likely limited to one (1) year. For this reason, if someone you love has died and you think you may have a wrongful death and/or survivor case, you should consult with an experienced attorney as soon as possible.

As your attorneys, we are motivated to get you the most compensation possible.  If we don’t win, you don’t pay any attorney fees.

Get great medical care with reputable doctors in your area.

Our law firm uses an electronic case management software.
This tool allows seamless communication with our clients to ensure optimum efficiency and progress in your case. 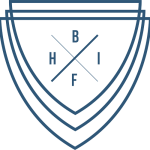